Over the weekend I had the opportunity to work with a co-worker and friend, Drew on a personal project of his. He brought me on board to to help with color correction and grading. This would be my first project using the new CC2014 pipeline. If things didn’t work out I could always fall back on my proven safe route with CS6.

This post is really just an opinion and experience that I’ve had–Adobe has even stated that they cannot guarantee performance with their product because of too many hardware variables.

I recently purchased an insanely fast custom build computer from the guys at XI Computer. 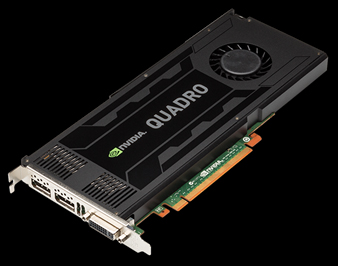 (July 2014) It’s a dual Six-Core Intel® Xeon® 2.6GHz with 32 gigs of RAM and a NVIDIA® Quadro® K4200 4GB graphics card running Windows 7. My OS is running off an SSD with another SSD for a scratch disk. In short the computer is screaming fast. So now you know what I am running hardware wise with Adobe CC 2014, let’s talk about the software.

How it works: In previous versions of Premiere and Speed Grade you needed to export the project or Send Project To SpeedGrade which which created massive render files on your disk just to port over. Well, I’m happy to say that those days are over.

The new workflow is painless. Simply create your edit in Premiere and open your .PROJ file in SpeedGrade. In the backend, when you color correct each shot, it’s adding a plugin to each clip in the edit. When you re-open your project in Premiere you’ll notice on each clip now has the all-new Lumetri color engine applied. This ease of use and the speed of having a GPU accelerated environment made my weekend project a breeze.

So what’s the deal with the NVIDIA Quadro card you might ask? Well is short it was my deciding factor when I purchased this new computer. I’ll admit that I love a solid working MAC tower but they are simply out of date and The Trashcan isn’t going to cut it. The GPUs that come in the Mac Pro aren’t supported. Adobe has optimized their products on a PC with Quadro cards and it’s quite obvious–everything is bulletproof, for now.

You can see more of the Lumetri engine at work if you head over to Adobe TV.

Lumetri Deep Color Engine: It’s been in the Adobe Suite since CS6 but I really feel like computer hardware has caught up to the ability dealing with large amounts of floating point HD data. Now that SSDs are more affordable we don’t have to worry about the lag that’s inherent with a spinning disk. Once inside of SpeedGrade I set up my second monitor as the color grading viewport–you’ll want to use a monitor that you feel safe with color correcting on. Instructions on setting up two monitors can be found HERE. Next I played through the edit and selected a film stock setting that gets applied to the footage.

As you can see on the screen shot there are several popular stock emulations available, you’ll find a lengthy list of film and digital settings.

Next it was time to color correct and bring consistency between each clip. Using the two up and three up window solution allowed me to view previous shots for comparison. In the timeline you’ll notice a few more video playheads representing the other preview windows you’ve enabled.

I didn’t notice any lag when starting and stopping which is a huge plus. When working with long edits those few seconds can add up quickly pushing out deadlines.

Overall I would give my weekend experience a 9/10. I know that my experience would have been a lot different if I hadn’t upgraded my machine and set up fast drives for storing my video content.